For the article about Nitrome's one hundredth game, see Nitrome Must Die.

The 100th Game skin became available to the Nitrome.com website once Nitrome Must Die was released on November 24, 2011. The game features a dark background with a cake, and to the bottom right Austin Carter and Justin Bennet are breaking in and firing their guns.

The skin features various characters from different Nitrome games, as well as the main characters from the one hundredth game release, Austin Carter and Justin Bennet. A cake and banners displaying the number 100 can also be seen. All characters and objects are placed against the same background that was used for the Nitrome Must Die website. 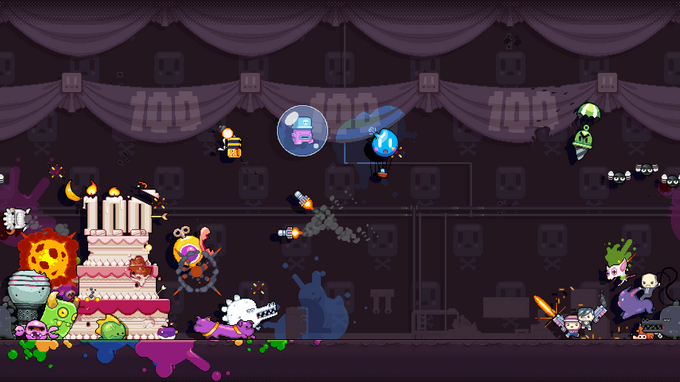 Retrieved from "https://nitrome.fandom.com/wiki/100th_Game?oldid=207995"
Community content is available under CC-BY-SA unless otherwise noted.