On June 13, 2018, accounts were permanently removed from the website in order to avoid potential legal incidents as a result of the General Data Protection Regulation ("GDPR") being launched in May of that same year.[1]

Creating an account required the user to fill out a form with a username, password, birth date and email address. The registering user was also given a list of mobile devices, and were required to check off the devices that the user owned. (This information would be used to notify the user if Nitrome released a game compatible with the checked off devices.) Filling out two CAPTCHAs were also part of the account creation process.

Once the account was created, the user would be sent a confirmation that requires clicking on the "Confirm email address" link in order to verify the email.

After creating an an account on Nitrome.com, the player would have access to a profile to customize, as well as several other features, listed below.

Avatars were images the owner of an account could use to change the account's physical appearance, picture-wise when on comments. The player was given access to several avatars upon creating an account, and could unlock several other avatars by following their specific hints.

Badges were a type of reward gained through performing tasks on Nitrome.com, only these tasks were not linked to any game. These included hearting games, replying to comments, and reporting bad users.

Users were given an identification number, which indicated which number Nitromian they were upon signing up. For example, if they were the 1234th user to sign up, they would be given the number 1234.

Users could send requests to other users they saw in a game comment or searched for using the search function. A user's username could be manually entered to send them a request, or users could search for another user by other usernames they go by in different games.

When a friend request was sent, the friend requested would receive a notification, which, when clicked, would take them to their private page that lists all their friends. Here, the user could accept and reject any friend requests currently present. Removing a friend required one to go to that friend's account and click on the "remove friend" button.

Becoming friends would allow the two users to send private messages to each other.

The most recent comments from the user were listed, with the newest comments at the top.

Players weree able to communicate with other players through private messages.

Comments appear on a notebook-like background, with a comment displaying the user's avatar, their username next to the outer top-right corner of of their avatar (their name linking to the profile page), and below their avatar (how far down depending by how long the comment is) being the number of day of the month (not weekday number), year, and the time the comment was posted (time is determined by where Nitrome's servers are).

Reply comments have a slightly different appearance - the avatar is shown, but shrunk, and has the report and reply button to the right of their avatar. The account's name is displayed below their avatar, the comment below their name, and the date.

Reply comments are indented to the right, so they can be easily seen as reply comment. For both types of comments, when it is the user's own comment, the report button is replaced with an edit and delete button.

Nitrome only moderates comments when they read them, and since Nitrome has to go to the page the comment was posted and read the comment to moderate them, only if Nitrome visits the page will the comment be moderated. Alternatively, users can click a report button to report offensive comments, but only for game comments, the report button for Nitrome blog comments instead reports the comment poster's profile.

Abuse of the report button

Nitrome has realized how the report button can be abused. Because of this, Nitrome has created an anti-abuse system for abusing the report button, a system that will not harm regular users of Nitrome accounts. Nitrome has not spoken of how this system works, however, it is likely to prevent potential troublemakers from finding a way around it.

Locating one's or another's profile can be done in various ways.

There are two main ways for a user to access their own profile in private mode, which is to press either of the two own "Profile" buttons. These are located on the Navigation panel (fourth button from the left) and in the Profile box (directly underneath the avatar). One other way a user can access their own profile on private mode is to type in the URL "http://www.nitrome.com/profile/" or  "http://www.nitrome.com/profile/?id=_____" in their address bar (for the second address, a number one larger than the user's Nitrome ID must be typed in after the address for it to work). However, a user must be logged in to see their profile in private mode.

It is possible for a user to see their profile page in public mode as well (when logged in). One way to do this is for a user to click on a link of their name from a comment they leave, or from one of their friends' Friends bar/page. Another way is to use the search bar and type in their own username (with the "Users" box checked), and then click on their name.

Nitrome has stated that upon releasing accounts, accounts will still be in their beta stages, with Nitromians being the beta testers.

Pre-beta is the stage at which Nitrome began to test the functions of the accounts. This stage was discussed in the April 9th 2013 blog post on the Nitrome blog[3]. These stages involved the Nitrome team testing out the private messaging system, messing around with the accounts to see if they could get potentially offensive content past the moderation system[4], and to make sure everything works properly for regular users.

This stage, as described by Nitrome[5][6] is when accounts are made public, so that users can use them. This date was July 12th 2013, however, due to an enormous amount of bugs that hindered the functionality of the site, accounts had to be taken down, but were soon brought back up.

Nitrome accounts previously had some features that were talked about in previous Nitrome blog posts about Nitrome 2.1, but these features were later taken out for unknown reasons. Possibilities for this are that they cannot be achieved with the current capabilities Nitrome has.

On July 13th 2013, the day the accounts went up, they were later taken down due to technical problems.

However, on July 17th 2013, it was discovered that by going to the URL http://www.nitrome.com/profile/ , one could log into their account, or create one. This account would function with all games, however, it would only function with game if the "<username> is logged in" message is received. Sometimes, the user of the content would be automatically logged out.

Features to be added

Nitrome accounts were talked about a lot by Nitrome years before being released, many blog post documenting accounts generally being very long and announcing features accounts would have. Despite the large amount of features being announced prior to the release of accounts, Nitrome has not been able to implement all these features into accounts as soon as accounts were released.

Nitrome games have to be updated to be able to save the player's progress to their account[11]. Generally, popular new and hearted Nitrome games will have a higher chance of being updated[11]. A selection of older Nitrome games will also be updated to support saving the player's saves to their account[11]. Although the game saves update will not come at the launch of Nitrome 2.1, Nitrome does plan on implementing this via cloud saving.[12]

Nitrome plans to release an update for all game high scores to tie in with the friends system, where user's accounts will be displayed on the highscores.[13] It is currently not known what this update will do.

It is not known if this same update will allow Facebook account compatibility, as spoken about in pre-release material for Nitrome account was the ability for owner of a Nitrome account to tie a high score submitted to a game with their connected Facebook account[14], and allow them to filter the scores to to let them see who has the best scores out of all their friends[14].

Although not provided yet, as spoken of in earlier blog posts on the Nitrome blog, the owner of an account will likely be able to link their account with Twitter, which will allow the user to send invites to friends on Twitters, and talk about high scores they achieved in games with their Twitter followers.[15]

Silently revealed in a few images in updates relating to accounts, images of profile had several buttons, and a few of these buttons were small pixel images of the icons of a few networks created by video game console companies. Although it seemed as though these icons were not released when account were first launched, these icons were simply not made visible, as the image that contains all the icons on the site (File:small_icons_14_14.png) contains these video game images.

A video game network icon exists of what resembles a general mobile phone tablet icon (this icon may represent either iPhone, Android, both, or mobile phone gaming as a whole), PlayStation Network icon, Steam icon, Wii icon, Xbox Live icon, and the icon for the Nintendo DS family.

These icons would allow the user of an account to put in information for other systems they use[16], so that people who use those same systems would be able to find them. The reasons these icons were not released was that there were a lot of video game networks present[16] (and as such, lots of icons to make), and at the time account were released, Sony and Microsoft were going to release the Playstation 4 and Xbox One (respectively) within the next few months, which was about to start the eighth generation of video games, and due to the change in generation, Nitrome wanted to "hold off"[16] with the feature until they would know what buttons to create. 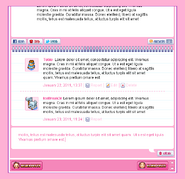 The image previewed on March 7th 2011

The image previewed on January 12th 2012

The image previewed on January 20th 2012

The image previewed on March 7th 2013

The image previewed on April 9th 2013

On July 5th 2013, Nitrome released a trailer of the upcoming accounts.

On July 22nd 2013, Nitrome added a video commercial on the main page relating to accounts.

Another screenshot of commercial
Add a photo to this gallery

Retrieved from "https://nitrome.fandom.com/wiki/Accounts?oldid=200355"
Community content is available under CC-BY-SA unless otherwise noted.