Austin Carter is one of the main characters in the game Nitrome Must Die. He is the character controlled by player one. He also appears in Go Pogo and makes a cameo appearance in Super Stock Take.

Austin is a young male who with short navy blue hair that covers one of his eyes. He wears a black t-shirt with a white skull on it. Austin's sprite's hair moves up and down whenever he runs.

His trousers are light blue coloured, a darker shade than Justin's. When shown in detail, his head is round and when he is not close up his head is a rounded rectangle. Though he is a human being, he is depicted without a nose and neck. Unlike Justin, Austin does not wear shoes.

Austin is seen chatting with his friend Justin about how they lost the latest Nitrome game and declare that they are going to obliterate Nitrome once and for all.

They ride their bikes to the Nitrome headquarters. Austin stops near the entrance, but Justin lands in the trash cans, knocking them over and finding two experimental guns inside.

With the guns, both of them navigate through the 99 floors of Nitrome Towers, defeating both their employees and the other entities they created, based off characters from other Nitrome games, using the company's many experimental weapons.

Austin serves as player one. When reviving player two, Austin will kick Justin until he gets up (four bars). Austin is armed with a gun, and the player is able to control him by using

, and shoot using spacebar. In the elevator, Austin cannot be controlled and instead remains idle, performing action such as sleeping, listening to music with his headphones, yawning or drinking and littering the cup he uses to drink.

Austin Carter appears behind bars in a block on level 21; he is also mentioned in the speech bubble for that level.

Austin Carter in a block

In the speech bubble
Add a photo to this gallery

Little is known about Austin's personality. It's possible that he loves music, as he can be seen listening to music on his iPod. He also gets tired when bored, and will doze off when in the elevator. He is shown to drink juice as well, when inside the elevator.

Austin Carter's Facebook profile had been put up a short time before Nitrome revealed their 100th game. Below are the comments he made on various Nitrome Facebook posts:

Austin seen in a "Wanted" poster in the Icebreaker Now has Achievements! video

Austin in the video

Austin commenting in the pre-release comments section of Nitrome.com 2.0
Add a photo to this gallery

Justin Bennet and Austin Carter's sprites in Nitrome Must Die

Austin upon being killed by a rocket 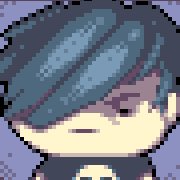 An avatar of Austin Carter
Add a photo to this gallery

Retrieved from "https://nitrome.fandom.com/wiki/Austin_Carter?oldid=206959"
Community content is available under CC-BY-SA unless otherwise noted.