Giuseppe Longo is a freelance pixel artist who works for several gaming websites at the same time[2]. He probably joined Nitrome during the months of October or December 2012, because his first games were released during those months.

Giuseppe most likely joined Nitrome during the months of October or December 2012, during the development of Ice Beak. He made the graphics of the two winter games: Ice Beak and Bad Ice-Cream 2. He finally left in September 2014.[3]

He mainly works with detailed faces, as seen with ice cream faces, but he also makes from small pixel images to common mid-size Nitrome-style sprites. 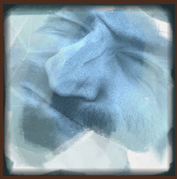 Giuseppe Longo's Freeze Frame
Add a photo to this gallery

Retrieved from "https://nitrome.fandom.com/wiki/Giuseppe_Longo?oldid=205522"
Community content is available under CC-BY-SA unless otherwise noted.