Based on Magic Touch

Game is not ported by Nitrome

A version of Magic Touch was ported from Adobe Flash to a version for Nintendo DS by Arthur Guibert before he joined Nitrome. The game is mostly the same as the original Magic Touch. The Nintendo DS version was featured in a blog post on the Nitrome blog[citation needed].

Like the Flash version of Magic Touch, the player has to eliminate knights as they fall for as long as possible.

The gameplay is exactly the same as the original game.

In the original Magic Touch, the player earned points by popping balloons. This is the same in the DS version, except the player also earns points every second they stay alive. It is impossible to do this in the Flash version, but has been achieved by hacking the high scores.

The player can use as much ink as they want, unlike the Flash version where they had a bar which showed how much ink they had left, meaning they could only use a certain amount of ink before having to wait for what they drew to disappear.

Another addition to the DS version is the pink balloon, which has a "Z" on its side. Also another difference is that when the right shape was drawn, instead of a robot falling, it would simply disappear.

The credits and help section stayed the same as they were in the Flash version, except for the "Scores" button on the menu, which would start the game if double tapped with the stylus. When the game was started, an image of the Nitrome logo is shown and the music for the title screen would play. 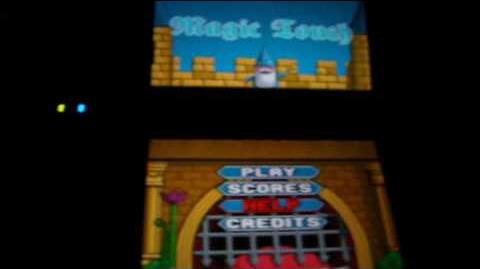 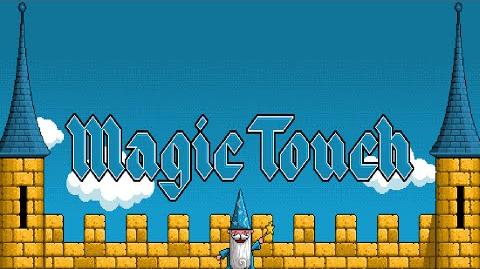 The menu of the game

A screenshot of the game
Add a photo to this gallery
Retrieved from "https://nitrome.fandom.com/wiki/Magic_Touch_(Nintendo_DS)?oldid=194792"
Community content is available under CC-BY-SA unless otherwise noted.