Party is a skin released on Nitrome.com during the time period of March 23rd to May 17th, 2009[1]. It features at least one Nitrome character from each game (up to Ice Breaker: The Red Clan) surrounding the Nitrome logo, featuring the most characters of any skin.

The party skin has various character appearances scattered throughout the whole skin. In the center is Nitrome's logo. 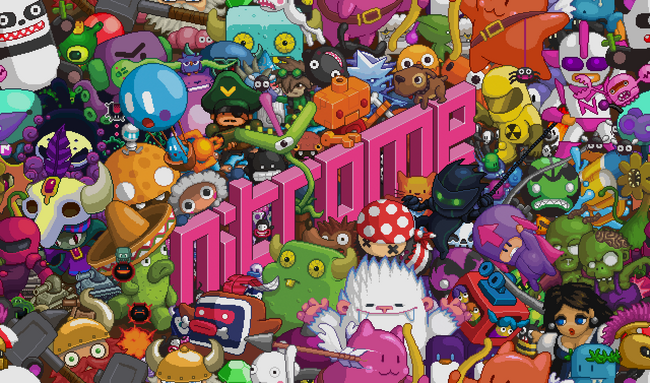 Two zombies, a triffid, and maiden from Graveyard Shift were placed in the skin seven months before the game they were to appear in was released.

On December 23 2013, Nitrome hid an avatar gift in the Party skin, obtainable only by those who had a Nitrome account. Clicking the gift grants the viewer an avatar.

Retrieved from "https://nitrome.fandom.com/wiki/Party?oldid=205195"
Community content is available under CC-BY-SA unless otherwise noted.