Take control of your Polar Bear and ride the snowball down the mountain.

Roller Polar is an endless game created by Nitrome and released on iOS on the Apple App Store and Android on the Google Play store on December 4th, 2014 for mobile and December 9th for browser.

The player controls a Polar Bear on a snowball as it avoids other animals and objects while trying to outrun an avalanche.

Players control a polar bear trying to stay on balance atop a snowball as it rolls downhill. Rocks, trees and other creatures can be caught by the snowball and roll to the top. The polar bear must jump over these obstacles to keep on the snowball. From time to time, snowballs may also collide with each other, forcing the player to transfer the polar bear to a new snowball. Each obstacle jumped over increases the score by an increment of 1.

The game's aesthetics change to match the time the game is played in, e.g. playing Roller Polar in the day time displays a bright coloured sky, while playing in the night time displays a purple one.

The game contains an in app purchase that allows players to remove ads.

Roller Polar was slated for a four week development time[1]. All of Markus Heinel's art for the game was finished on November 17th, 2014.[2] By November 29th, 2014, the game had been submitted and approved on both the Apple App store and the Google Play store.[3] The game was released on December 4th, 2014, on Google Play and the Apple App Store[4], with a browser release following on December 9th[5]. 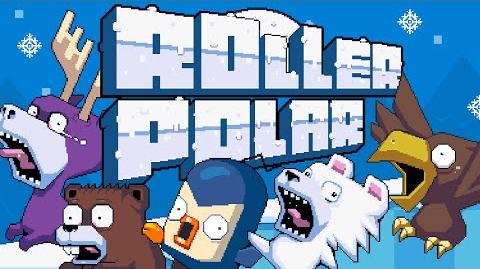 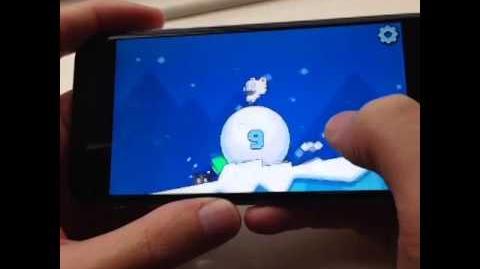 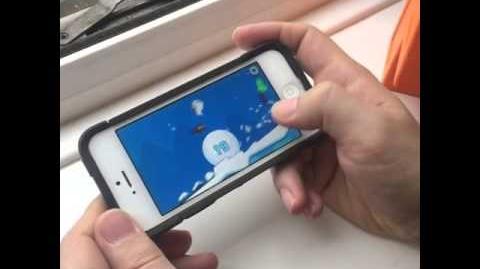 This version was released on December 4th, 2014, and is labelled Version 0.1 on the Apple App Store and 1.0 on Google Play. This version was the initial release version of the game.

This version is labelled version 1.0.2 and adds interface improvements and fixes a glitch that caused the game to fail to retrieve the "Remove ads" in app purchase.

This version is labelled version 1.0.3 and adds immersive mode support and fixes some bugs.

Upon release the game was featured in the "Best New Games" section of the Apple App store.[8]

Roller Polar along with 8bit Doves was featured on the Apple App store on December 29th, 2014, in the section "Best Game's You've Never Played". [9]

If the player dies at the very start of a respawn, the game enters a loop that causes the score to remain at 0. The only hazards that appear during this glitch are single rocks, which the polar bear is invulnerable to. The title audio can be heard, but upon pausing the game and resuming it with the glitch still in place, the in-game audio will play.

It is possible to die upon respawning if the player enters into a new game immediately after slipping on a hazard while an eagle is passing the screen. This can cause the polar bear to cross the eagle's path, thereby initiating its death.

Retrieved from "https://nitrome.fandom.com/wiki/Roller_Polar?oldid=208286"
Community content is available under CC-BY-SA unless otherwise noted.