Pick, click and flick your way through this social snot slinging fun!

Mouse - Pick up and launch snot

Super Snot Put, released on June 7th 2012 and re-released on June 13th 2012, is a sequel to the game Snot Put. Just like in the prequel, the player must throw a snot droplet as far as possible.

Super Snot Put also has Facebook interaction, enabling two players to play simultaneously across two computers. The game was one of the 10 launch titles of the iPhone and Android version of the Nitrome Touchy, and was the only title that was free to play at launch[1].

The player has to grab a snot put that drops out of a metalic nose, and fling it as far as possible. This is exactly like the prequel's objective.

To get highscores on this game, it's all about the throw. The player needs to get lots of momentum and height to compliment the speed. There are a lot of throw techniques, but the three most known and used is clockwise, counter-clockwise and straight throw.

Clockwise focuses on, as the name implies, spinning the snot in a clockwise movement, not hitting the walls. After some spins, the player can throw the snot when it is on a top-left or top-right position.

Counter-clockwise is the same as the last one, only in reverse. The style focuses on height, but isn't very effective, as there is little speed to go with it.

The last style is the straight throw. Make a left and right motion diagonally. Let go at the peak of the right of the screen. This one is based open both height and momentum, but lacks control; it is best to use this method with trial and error. However, this strategy is proven to be worthy. The below video uses the straight throw strategy, and its worth is proven in the video.

The lines and flags play the same role as flags in the prequel. While in mid-air, the player can see the lines, an when landing close to one, the flag can be seen.

Each 10,000 centimeters, a bell sounds. Under the invisible line that makes the bell sound, the character can find the it. If the players touches the bell, it will move. 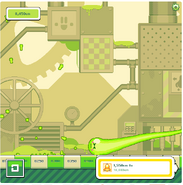 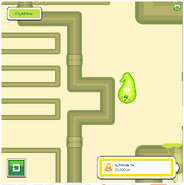 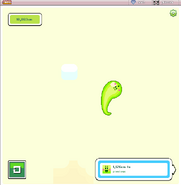 The beginning of the clouds 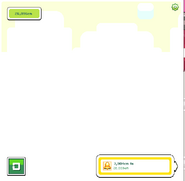 The huge cloud. Notice that the player cannot be seen. 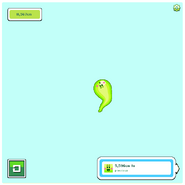 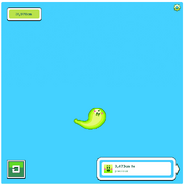 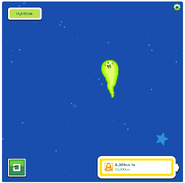 Space
Add a photo to this gallery 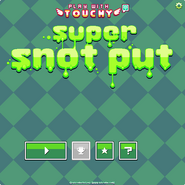 The menu for Super Snot Put

Retrieved from "https://nitrome.fandom.com/wiki/Super_Snot_Put?oldid=204915"
Community content is available under CC-BY-SA unless otherwise noted.