Up to 4 players can battle it out in this action packed platform shooter.

Test Subject Arena 2 is an arena shooter game that was released on October 16th 2013. It was first announced by Nitrome on August 14th 2013. The game is a sequel to Test Subject Arena, and is the second spin off in the Test Subject series. This game, on release, was Nitrome Touchy compatible for up to four people and features a new single player mode.

- Use weapon, use melee attack (when near another player), select character (on character selection screen)

button), the player is taken to a custom made stage for that player, with the objective of destroying forty targets in fifteen seconds. Two types of targets are encountered in these levels: a regular target and a key card. Regular targets (referred to here as just targets) are destroyed with a single bullet from the player, or a melee attack, and add two seconds to the player's time.

The second type of targets are key cards, which appear uncommonly and cannot be destroyed, but still have to be eliminated. In order to be eliminated, the player has to go up to them and physically touch them. Although they take up more time to destroy (they are unable to be destroyed from a distance, unlike regular targets), they add five seconds to the player's timer. As soon as the level starts, a target is placed at a certain point of the level, which the player has to eliminate. As soon as it is eliminated, another target will pop up in other part of the level.

Nitrome has stated that they made single player levels "fairly hard".[1]

If the player manages to destroy all the targets, an avatar with a picture corresponding to the character played with will be awarded.

In two player multiplayer mode, the objective of each level is to deplete the opposing player of all their points. Each level has multiple spawn points, chosen at random for the player to spawn. Levels are made up of an infinite amount of rounds. At the start of each round, the two combatants are spawned with the objective to kill the other. Players take one hit to kill, and upon one player dying, that player loses two points while the opposing player gains two points, and the round ends.

Once a round ends, another round commences, and the two players are assigned to different spawn points. This continues on until one player has lost all of their points. In order for a round to end, only one player has to die, and this death does not have to have been done by the opposing player; the player can kill him/herself by shooting him/herself with their own projectile, or by being killed by the The Machine (in the levels where it appears).

Two player multiplayer mode can either be played with both players using a computer's keyboard, both using Nitrome Touchy, or one using a keyboard while one uses Nitrome Touchy.

The characters in Test Subject Arena 2 are:

Below are each character's stats.

However, some more accurate statistics can be determined about the characters, as listed in the table bellow: 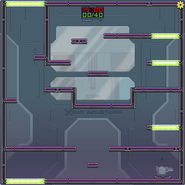 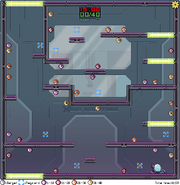 Blue's targets
Add a photo to this gallery 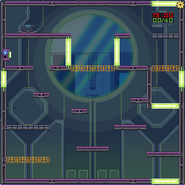 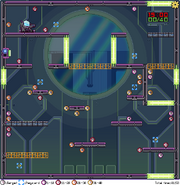 Rex209 Blue's targets
Add a photo to this gallery 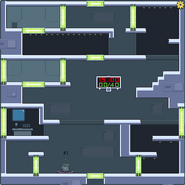 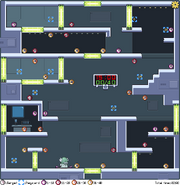 Professor's targets
Add a photo to this gallery 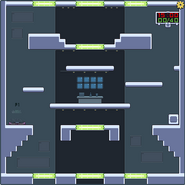 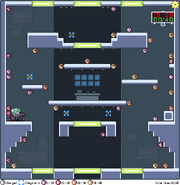 Professor Rex209's targets
Add a photo to this gallery 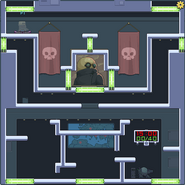 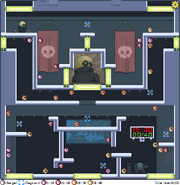 Dr. Nastidious targets
Add a photo to this gallery 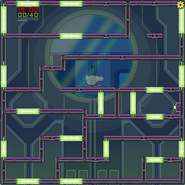 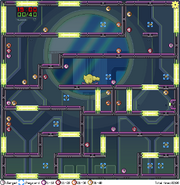 Green's targets
Add a photo to this gallery 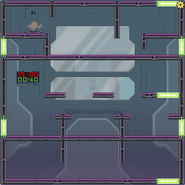 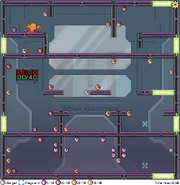 Orange enzyme's targets
Add a photo to this gallery 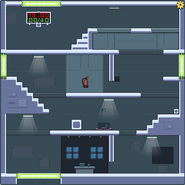 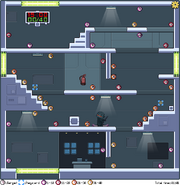 Mercenary's targets
Add a photo to this gallery

On August 14 2013, Nitrome released a preview image of the game on their blog. They also announced that the player would be able to choose from eight different characters to play as.

The preview image
Add a photo to this gallery

On September 25 2013, Nitrome announced more information about the game in a blog post. They announced that the game will be Nitrome Touchy compatible for up to four players, and that certain characters will have special abilities. For example, Rex209 will be able to hang on ceilings. They also stated that they would be looking into a single player mode for this game, something they didn't have in the original game, Test Subject Arena. They also released a preview image for the game. 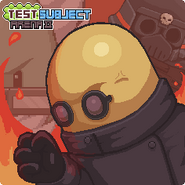 The blog image
Add a photo to this gallery 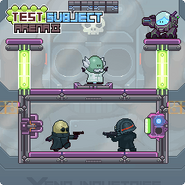 Test Subject Arena 2 was made Nitrome Touchy compatible on October 16 2013.

An example of portal clipping

Orange enzyme suicide
Add a photo to this gallery

The game was first announced on August 14 2013[2]. On September 25 2013 Nitrome released another preview, elaborating on the game and also how they were testing out a single player mode but were not sure if it would make it into the game[3]. The game was released on October 16 2013[4].

Although Test Subject Arena 2 incorporated all small sprites from Test Subject Complete, the only character that had a small sprite who was not included in the game was The Machine, due to it being deemed too overpowered and the size of its walking sprite causing it to not fit in some levels. It was also due to its size that using it in the game would restrict the creation of arenas[5].

When asked about what was used for the voice of the announcer, Nitrome replied that it is "probably" the text-to-speech program that comes with every Macintosh computer[6]. 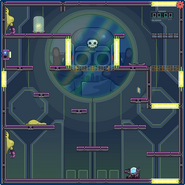 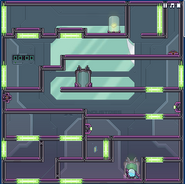 The image
Add a photo to this gallery

Retrieved from "https://nitrome.fandom.com/wiki/Test_Subject_Arena_2?oldid=203912"
Community content is available under CC-BY-SA unless otherwise noted.