This article is about the skin. For the app, please see Nitrome Touchy.

Touchy is the thirteenth skin released on Nitrome.com. The skin was released on October 31st 2012, celebrating the release of Nitrome Touchy, Nitrome's first iOS/Android app.

The skin features the Halloween week at the time the new Nitrome app, Nitrome Touchy. It includes big words in the center: "·nitrome· TOUCHY". There are nine Cuboys surrounding the words, each one with a mobile device that is the iOS and Android devices. Each Cuboy has a costume of the main character of the game they're playing. 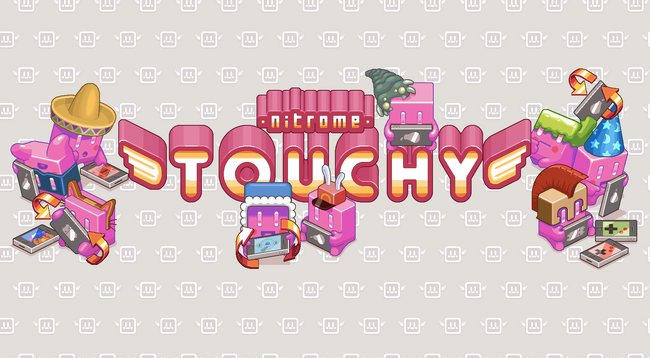 After the release of Nitrome Touchy to Android, Nitrome slightly changed their skin. The only change made was that the Cuboy with a Spartan helmet and the Flashcat Cuboy's devices had a picture of an Android on them, instead of a pear.

Retrieved from "https://nitrome.fandom.com/wiki/Touchy_(skin)?oldid=207997"
Community content is available under CC-BY-SA unless otherwise noted.