Toxic II, or Toxic 2, is an action-platform game released November 25, 2008 and is the highly anticipated sequel to the game Toxic. The story takes place after Toxic destroys the first robot factory. Later, he is teleported into a second one, in which the robots have taken over. The player must use bombs to make their way around the acid and robots to the finish area.

Toxic II plays exactly the same as the original Toxic. The only difference is that some levels have secret levels for the player to unlock, unlocked by finding a blue teleporter.

A blue laser moves over the Hazmat Hero. He says: "I thought it was all over when I destroyed the factory..." Toxic puts on his yellow suit. "But I emerged to a world where the machines had taken over". Toxic puts on gloves. "I must find out what is controlling the machines". Toxic then puts on his helmet. "It's time to scrap some metal!" Toxic then teleports. 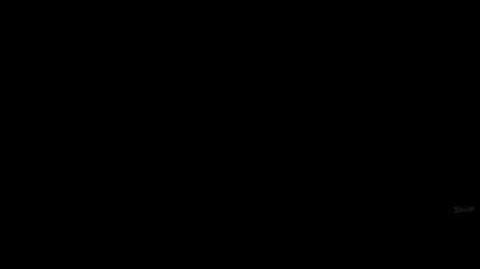 In the very beginning, the player must plant a bomb on the computer for it to open the gate so they can advance. This level introduces spikes, the AI, and walking robot enemies. It is also the first level in which the player has to blow up a wall. This level can also be completed very quickly, by climbing the wall by the side.

The level starts off with walking on a conveyor belt with three spinning lasers above, then dropping down and going on another belt. Fortunately, this conveyor belt has metal that protects the player from the above lasers.

Be wary of careful of running here, as the player can be hit by a laser. The player should jump down on a conveyor belt, then jump to the one on the right, and stay under the metal until the lasers pass, then dash to the red pad.

The player has a new bomb, the digger bomb. Plant it near the wall to destroy it, then run across the platforms to a big wall. The player should plant a bomb upon meeting this, then run to the end of the room and place another bomb. They should now slide down the wall and upon impacting the ground jump from platform-to-platform, being wary of the below acid.

This level starts off with running and avoiding the lasers, jumping over some green liquid then wall jumping up a wall. upon reaching the top, the player has to jump from platform-to-platform above the lasers, then jump over a wall that has a laser above it. The player will then discover a ledge bomb, three that must be used to get to a ledge.

then when you are at the top jump on some disappearing platforms avoiding the spider,walk some more and grab some ledge bombs, avoid the spider again and, use the bombs to get to the top to the transporter.

Blue Transporter: While at the bottom of the vertical hallway with dripping liquid, bomb the wall to the right and go through the passage. The transporter is on the ledge.

The player should now jump onto the metal that features an arrow underneath, then go to the left and drop aledge bomb, then jump and drop another ledge bomb, then repeat this operation until it is possible to get to the red teleporter.

The player should now jump onto the pipes, drop down, duck, then drop a bomb on the Pink Button, and when the number on the bomb reaches one, jump to the right and wall jump up the pink platform. When the above conveyor belt is reached, duck to get under the pipe, then jump to avoid the spikes. Repeat this again, then when the bomb shooting robot is in sight, make yourself visible to it, so that it will shoot a bomb on the pink button, and activate it, Now, jump on the pink platform blocks until the red transporter has been reached.

At a certain time, bigfoot will come and stay the middle of the room, and shoot green balls which will slide on the floor. Run and jump (to avoid the acid) and drop bombs near bigfoot, until it blows up. A entrance will open on the right when bigfoot is destroyed, run through it to the red transporter. Also near the end there is a secret path being blocked by stone. If this is blown up the player will see a walking robot and a lot of canisters.

It is suggested the player blow up a part of the rock below, (not where they are standing) but not all of it, just a bit, so when the wheel robots come, they will get stuck in the bit the player blew up, making the robots easy to destroy. Where the player is standing (after the robot is destroyed), they should drop a bomb to activate the red button, then drop down the holes and run into the pink platform, until it disappears (the player shouldn't fear the laser, it can't harm them at that time).

After the pink blocks collapse, the player should drop bombs to blow up the below wheel robot. The player should now drop down, and destroy the right wall (the other one leads to acid) destroy it, then destroy the right floor. There are wheel robots below, so go onto one of the ledges, and drop bombs down until the robots are destroyed. Now drop down and go to the red transporter.

In this level, the player should start out going left and up. They should now go right and onto the platform. Destroy the cannon robot, and proceed up again. Now grab the ledge bombs and head upwards. The exit is right there.

This level has only ledge bombs for the player to use against spider robots, cannon robots, and other enemies.

This level is all about avoiding cannon bullets. It also introduces cannons on stands.

In this level, the player mainly uses digger bombs, and encounters many different types of enemies.

In this level, the player goes up and down, avoiding only hazards, such as spikes and lasers.

This level is about runner bombs and maggot bots.

This is the final level, and the final boss. The player has to fight the Mother.

To get to a secret the player first must find a blue transporter pad and stand on it, although they are not found in all levels. The levels will sometimes have enemies that cannot be found in normal levels. The videos below show how to get to the secret levels via the normal levels and then how to master the secret levels with all the power cells.

The player has to find an opening in the above pipes on the platform above the red pad.

This level has lots of conveyor belts, shark robots, and leaking pipes.

The player has to destroy the first stone wall found at the end of the spider robot-trapped path.

This Level has a lot of bomb blasters and enemies.

This level has a lot of red buttons in it and the player must be pretty fast to get through the level.

This level uses the runner bomb a lot and the red platform button. Arguably the most confusing level in the game.

This level uses the red energy grid and the ledge bomb a lot.

This level has a lot of jumping over large areas and running on conveyor belts.

This level has a lot of fly robots and uses the red energy grid a couple of times. This is one of the toughest levels.

This level has a lot of lasers and they need to be avoided but taking cover, ducking and even hiding behind walls.

This level has a lot of running and jumping off disappearing platforms and walls. There are many exploding robots. The player has to make use of the platform bombs, in order to save his fall.

This boss appears on level 10.0. Its main attack is jumping around the chamber, and its secondary attack is spitting out green acid balls. It jumps around trying to land on Toxic, then after sustaining an amount of damage, it will jump up high and land back down, and the player will be between its legs. It will make small movements with his legs then jump up again, and will continue doing this until his health is at a certain level, then it will land on the ground and shoot Green Balls, the balls sliding on the floor.

She appears on level 20.0. Her attacks are moving a green laser around the room, making debris fall, and shooting five rockets that will go through platforms. She is the final boss, and the computer brain of the factory. Toxic must place bombs on either side of Mother until he reaches the center, which he can damage to drain health. Mother detonates after Toxic destroys her.

A screenshot of Toxic II when it was previewed