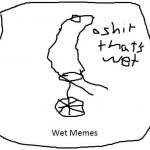 585 Edits since joining this wiki
August 15, 2013
Hi! You can leave a message for me here. Or, you can talk to me on Twitter for a probably faster response. :P
If you want to see me screw up in the past, maybe you'll find something here: User talk:Anonymoustyd/Archive :D

I just thought in leaving a message so that your talk page doesn't look empty. Why'd you archive your talk page so fast though, with only 14 threads? And, are you going to become more active as an editor from now? :D  TNY [wake]

Yes, that would be fine. Random-storykeeper also suggested doing this in a forum posting where she suggested an idea that would minimize template clutter on game pages, although the idea hasn't been passed yet. If you could comment on it, that would be great.

For Test Subject Green a lot of the incomplete templates are used incorrectly. On level pages, Template:Incomplete is only used if a section has text but not enough to completely guide the player through the level. --Talk to

It doesn't matter, unless the gallery being aligned in some way makes it look strange. --Talk to

Retrieved from "https://nitrome.fandom.com/wiki/User_talk:Anonymoustyd?oldid=191176"
Community content is available under CC-BY-SA unless otherwise noted.