Vault your way through canyons and obstacles

Vault! is an endless platforming game released on July 22nd, 2015 for iOS on the Apple App Store and for Android on the Google Play store and Amazon App Store, and on browser on September 25th, 2015. The player plays as a character with a pole that uses this pole to vault over platforms.

If the player dies, they can continue by watching an advertisement (can be used once per game) or paying fifty coins, although this fee goes up for subsequent deaths. 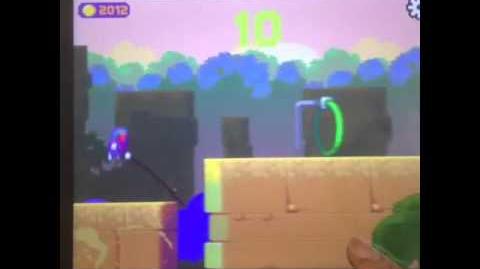 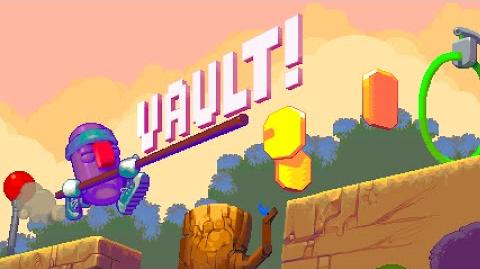 Vault! Available Tomorrow!
The game's trailer
Add a photo to this gallery 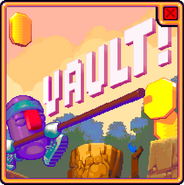 An advertisement for Vault! in Cooped Up
Add a photo to this gallery

This update was released on May 18th, 2016, and was released for the purpose of testing a new advertisement system[1]. Despite being an update to the game, the update's version number did not change.

This update was released on May 26th, 2016, and is mentioned in the update notes as making "minor adjustments".

The player spawned behind a platform

On August 5th, 2016, Nitrome posted that Vault! had been featured on the Apple App Store as part of their Olympics 2016 feature[11].

The icon for Vault
Add a photo to this gallery

Retrieved from "https://nitrome.fandom.com/wiki/Vault!?oldid=203872"
Community content is available under CC-BY-SA unless otherwise noted.